From Magicpedia, the free online encyclopedia for magicians by magicians.
(Redirected from The Linking Ring)
Jump to: navigation, search
The Linking Ring is the name of the official magazine for the International Brotherhood of Magicians. 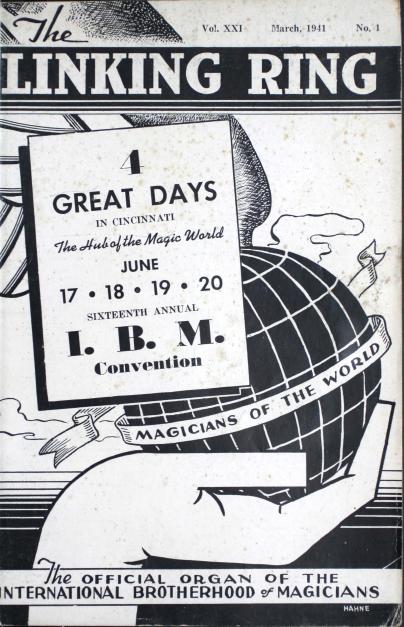 Issue 1 Number 1 was published in January 1923. It comprised only four pages. It contained an editorial by Ernest Schieldge, a biography of Len Vintus written by Gene Gordon and a listing of all 20 members.

Issues 11 & 12 from volume 41 don't exist, as explained by Alvin Plough, page 57 of issue 10, december 1941: The Board of Trustees voted to change the time of beginning and ending volumes of The Linking Ring.