From Magicpedia, the free online encyclopedia for magicians by magicians.
Revision as of 00:07, 11 March 2015 by Jpecore (Talk | contribs)
(diff) ← Older revision | Latest revision (diff) | Newer revision → (diff)
Jump to: navigation, search
The American Museum of Magic is a repository of magic collectibles situated in Marshall, Michigan. It is one of the largest magic museums to be accessible to the public, and is frequently used by researchers in the fields of magical and theatrical history. The museum houses the collection of the late Robert Lund, who co-founded the museum with his wife Elaine. 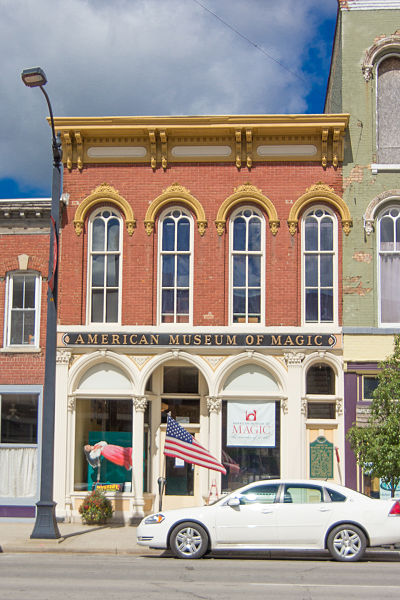