Difference between revisions of "Bat" 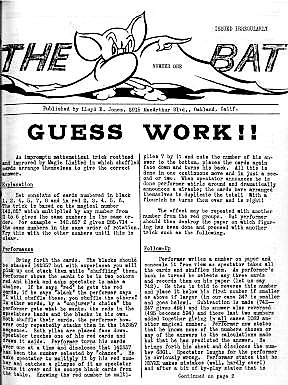 It was the house organ of Magic Limited and a copy was given free with each order of a dollar or more. It was intended to bring a selection of good magic, much information, a little news, some views and reviews.