From Magicpedia, the free online encyclopedia for magicians by magicians.
(Redirected from Berglas)
Jump to: navigation, search

David Berglas (b.1926), a psychological illusionist and mentalist, known as the "International Man of Mystery", is one of the world's leading mentalists.

Known for his numerous publicity stunts including going down the notorious Cresta Run blindfolded, manipulating and even smoking cigarettes underwater(!), performing various versions of Russian roulette, presenting hilarious pick-pocketing routines and touring the world, lecturing on and demonstrating memory feats. His signature pieces include the levitation of a heavy table and a dangerous pulse stopping routine. 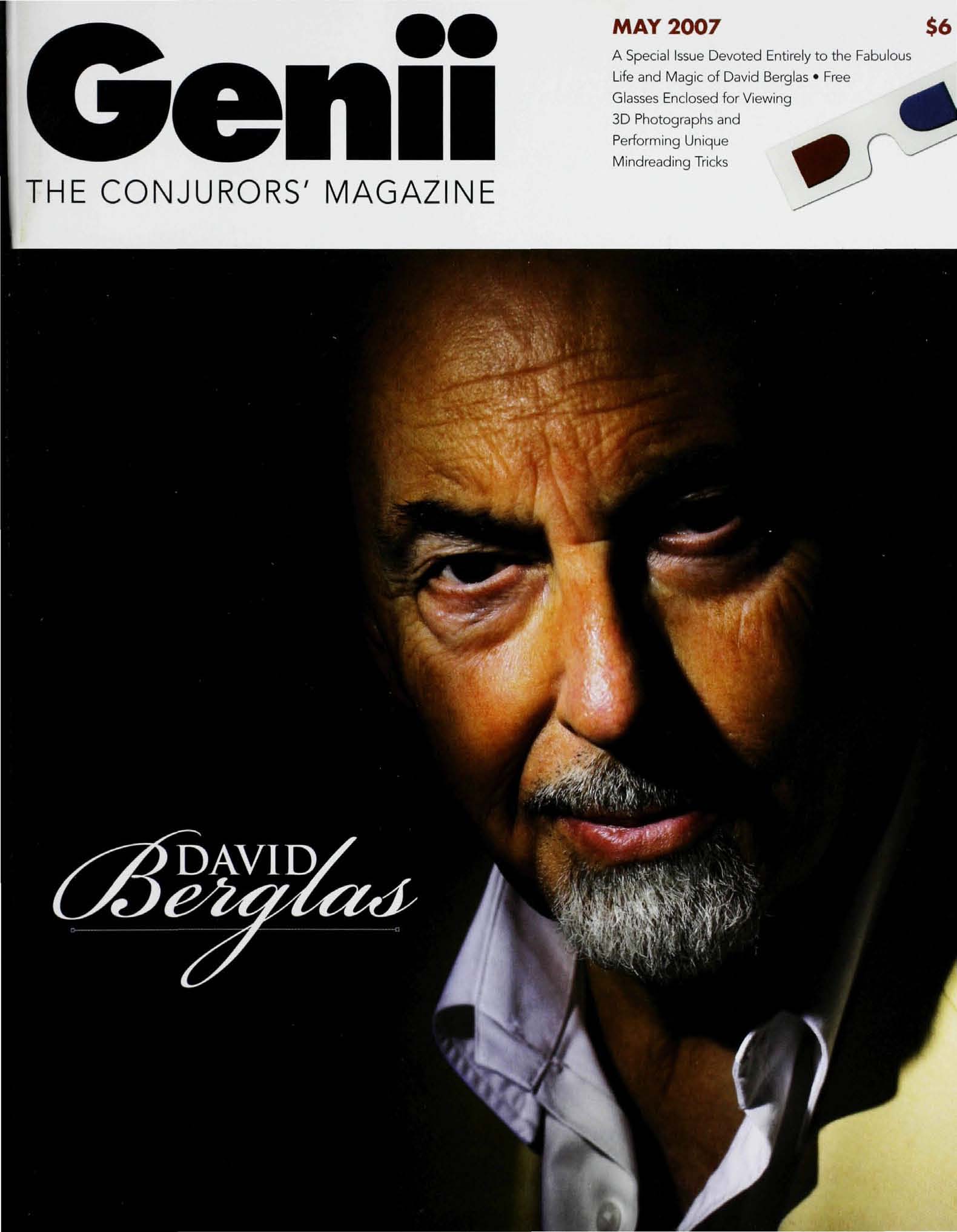 In his 2009 Enigma show brochure, Derren Brown describes David Berglas as "One of our greatest living magical performers" and thanks him "-for his constant inspiration and generosity. Each show is indebted to his artistry and astonishing body of work. Thank you David".

The "Holy Grail" of Card Magic is known as "The Berglas Effect" which is his version of Any Card At Any Number (ACAAN).

Some of the celebrities he has entertained include Winston Churchill, Aristotle Onassis, Paul Getty, Lord Mountbatten of Burma, the Rolling Stones, Elton John, Michael Jackson, the Sultan of Brunei and most of the British Royal Family.

In 1999 he established a non-profit organization called, the Foundation for Promoting the Art of Magic (FP-AM). This has benefited the magical fraternity and has donated substantial funding for educational establishments like The College of Magic in Cape Town, South Africa. The Foundation presents the prestigious 'Berglas Award' annually at the International Magic Convention held in London. In 2008 it was awarded to Uri Geller and in 2009 to David Copperfield.

David Berglas is the father of Marvin Berglas of Marvin's Magic, the world's leading supplier of professional magic sets.

He has acted as creative consultant on numerous major films including:

He was one of the first magicians to appear on British television with his own show Meet David Berglas in 1954. Numerous other television series followed and were highly acclaimed in Holland, Sweden, Norway and Germany. In the 1970s he presented a one hour television special in Las Vegas. In the UK he caused a sensation with his Channel 4 series The Mind of David Berglas 1985/86, where he interviewed and entertained celebrity guests including Omar Sharif, Christopher Lee, Britt Ekland, Peter Cook and Max Bygraves.

Berglas has written a substantial number of articles and lecture notes for the magical fraternity including:

This biographical material is about a living person.
Such material requires a high degree of sensitivity,
and must adhere strictly to all applicable laws in the United States.
See MagicPedia:Biographies_of_living_persons for more information.
Retrieved from "https://geniimagazine.com/wiki/index.php?title=David_Berglas&oldid=78277"
Categories: