Cary Grant (January 18, 1904 – November 29, 1986) was an English actor who was also known to perform magic. He was a member of the Magic Castle and was one of the first celebrity members of its Board of Directors.[1] 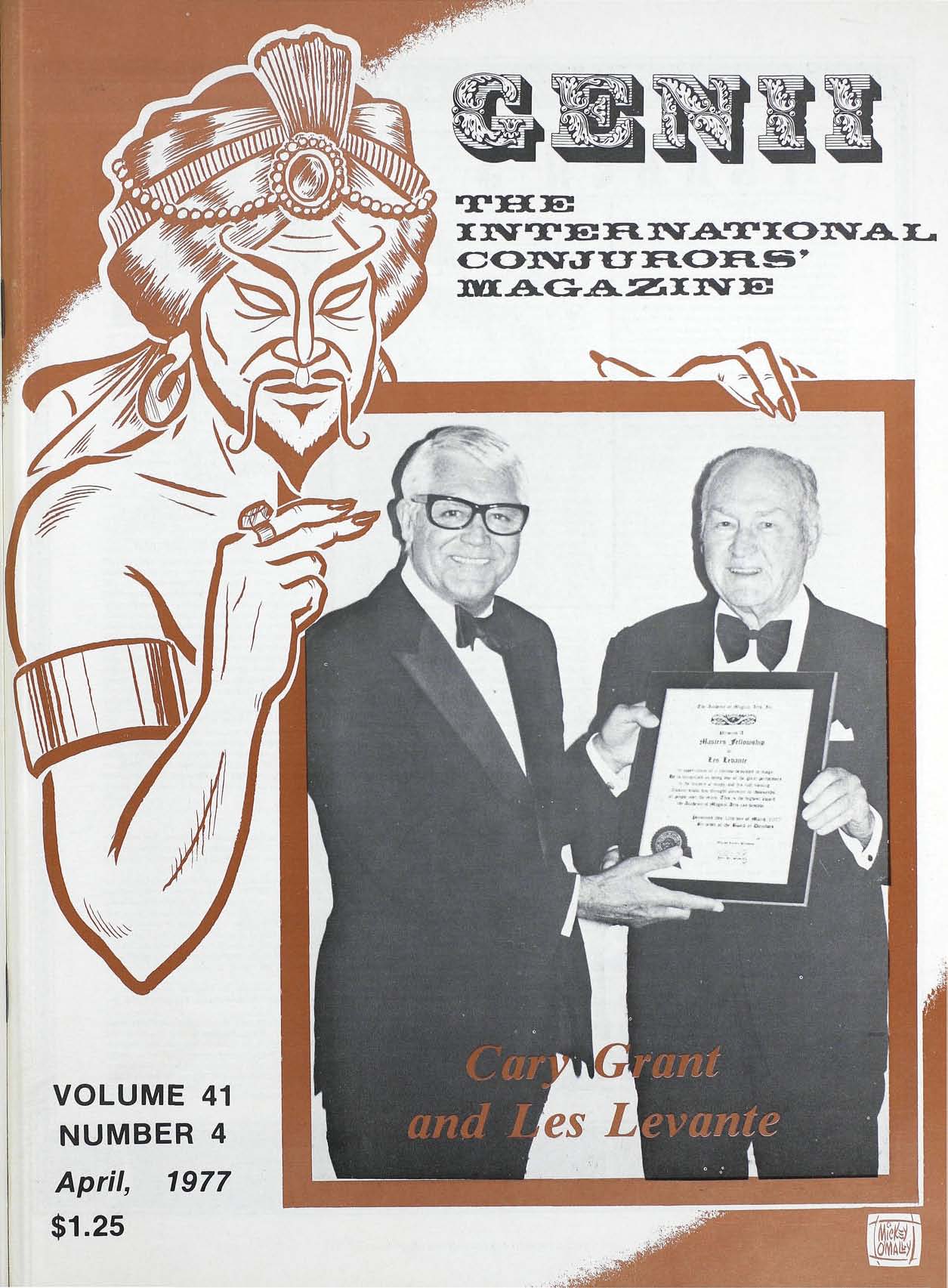 On cover of Genii (April 1977) with Les Levante