From Magicpedia, the free online encyclopedia for magicians by magicians.
(Redirected from Divided Lady)
Jump to: navigation, search

The Mismade Girl (or Mis-Made Lady or Divided Lady) is a stage illusion, designed by Chuck Jones (although others have also made claims), with suggestions by Bev Bergeron, in 1968 and was featured on Mark Wilson's TV show "Magic Land of Allakazam" and in Doug Henning's Broadway Magic Show which opened in 1974.[1][2]

Four cubes with open top and bottom are stacked to form a cabinet. An assistant stands inside and the cabinet is closed. 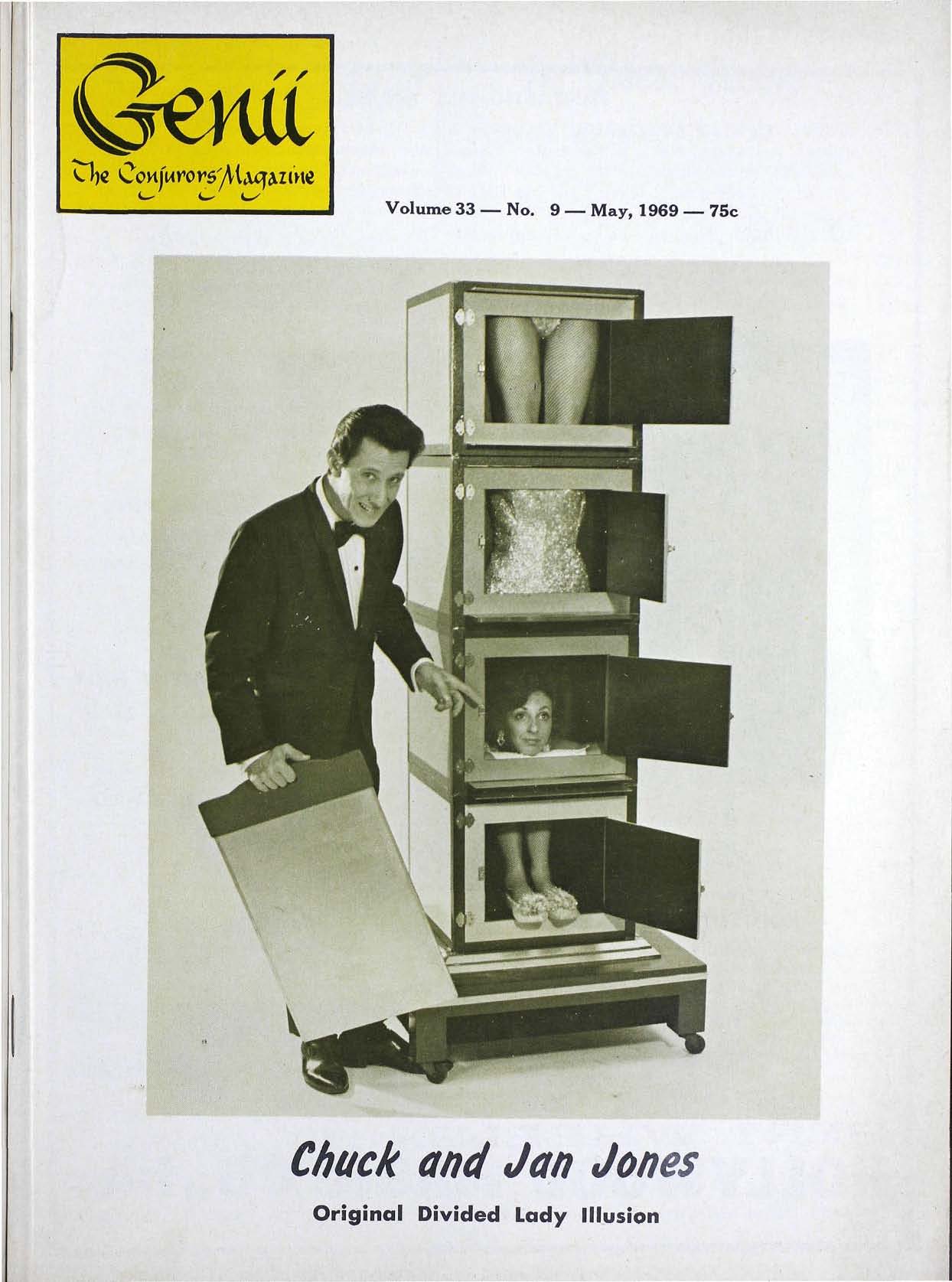 Cover of Genii (1969)
Metal blades are slid into the cabinet, apparently slicing the assistant into four pieces, and closing the top and bottom of each cube. The cubes are then unstacked, and restacked in a different order. Inset doors in the front of the cabinet are opened, and it appears that the assistant's body has divided and rearranged. The whole process is then reversed, and the assistant is released unharmed.

The Mismade Girl can also be performed as a production effect - four cubes, each apparently too small to contain a person, are stacked into a cabinet, which is then opened to reveal someone inside.

The Masked Magician performed the Mismade Girl on his third television special, with Elizabeth Ramos as his assistant.

Various claims, including those of Les Smith, were published in David Seebach's column "Subject: Illusions" within The New Tops from August 1987 to April 1988.