Sweet worked as a news reporter in Dubuque, Iowa, and in Rock Island, Illinois. Later he became the city editor for The Daily Dispatch in East Moline, Illinois. During this time he also worked professionally as a magician. 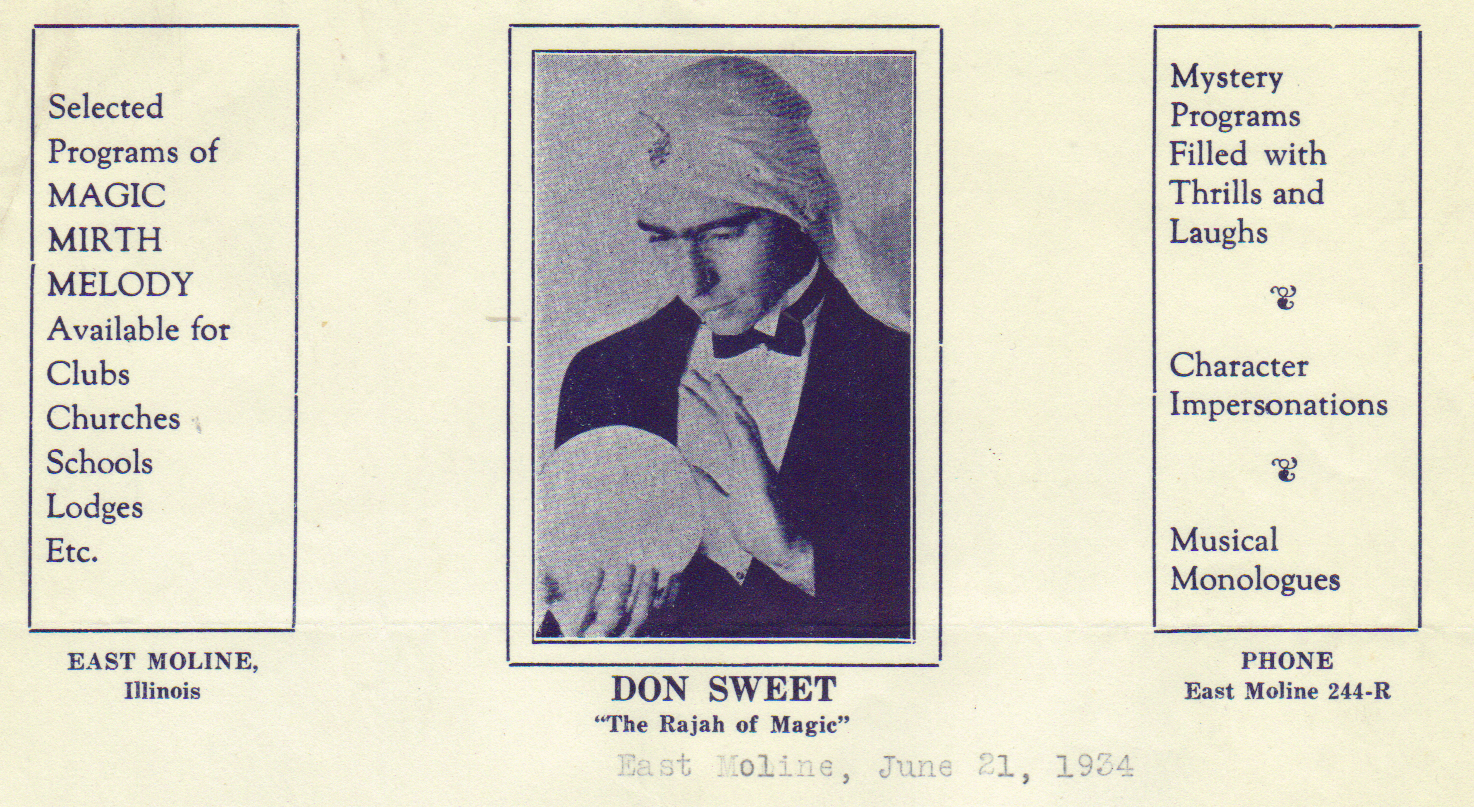 He presented a Chinese (which his family assisted) and a club act with his wifed billed as "Don Sweet & Louise."

Sweet was the nephew of Joe Frisco, an American vaudeville performer, with whom he traveled with for a year. He also produced home talent shows for the Joe Bren office in Chicago for several years.

His very first performance was given at the high school of East Moline in 1930. But, it was not until some ten years later, after he had been discharged from officer's training school at the end of the first World War, that he turned to magic. Sweet was introduced to the magic fraternity by his friend Werner Dornfeld who booked him to perform at a Chicago S. A. M. show.[1][2]

Sweet retired in 1953 and moved to Fullerton, California where he became active in the Long Beach IBM Ring No. 96. [3][4]