From Magicpedia, the free online encyclopedia for magicians by magicians.
Jump to: navigation, search
Edgar John Bergen (February 16, 1903 – September 30, 1978) was an Academy Award-winning American actor and radio performer, best known as a ventriloquist with his dummy Charlie McCarthy. 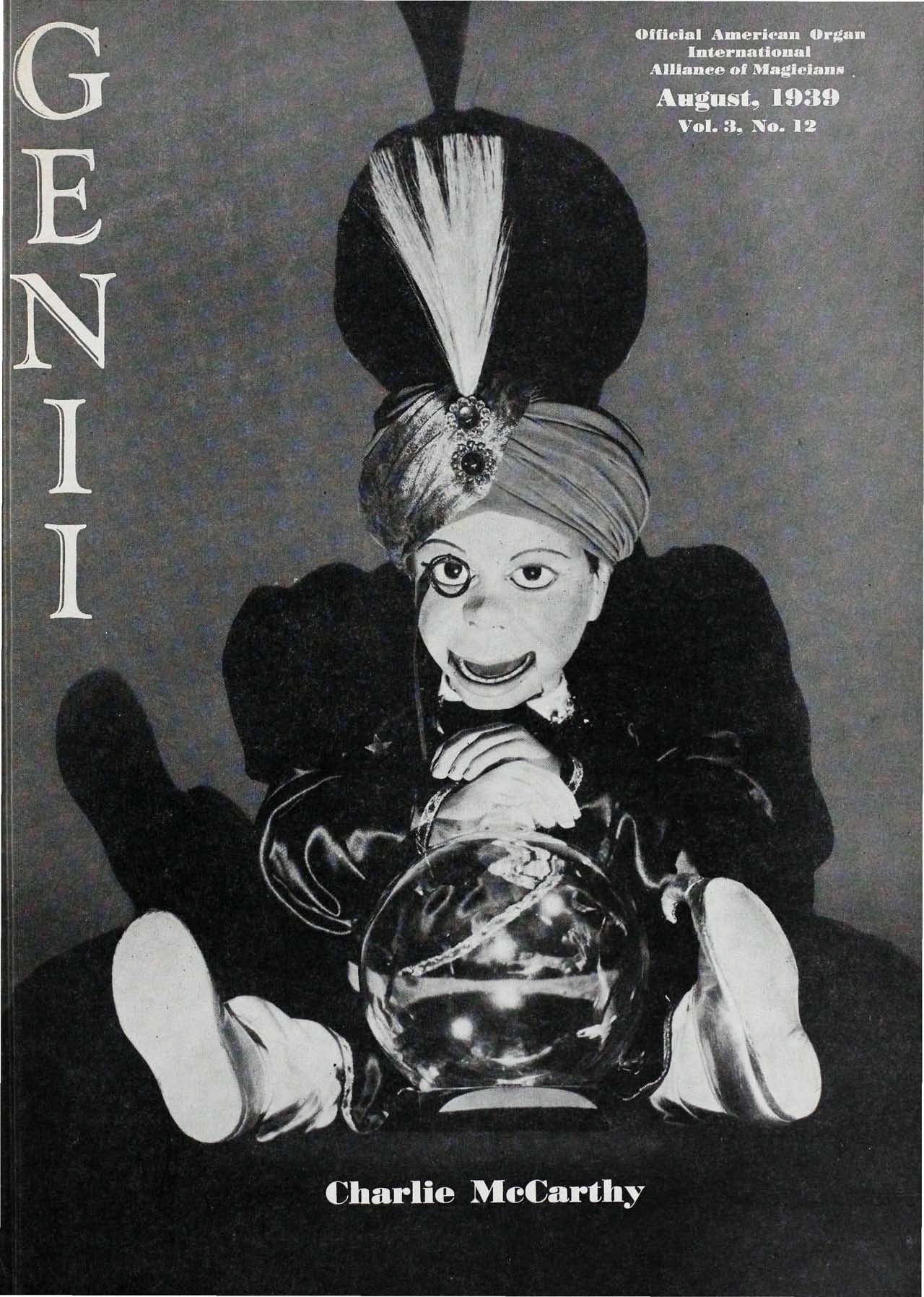 Charlie McCarthy on cover of Genii (1939)

Bergen was born Edgar John Bergren in Chicago, Illinois, the son of Swedish immigrants Nilla Svensdotter (née Osberg) and Johan Henriksson Berggren. He grew up in Decatur, Michigan. He taught himself ventriloquism from a pamphlet when he was 11. A few years later he commissioned Chicago woodcarver Theodore Mack to sculpt a likeness of a rascally Irish newspaperboy he knew. The head went on a puppet named Charlie McCarthy, who became Bergen's lifelong sidekick. At age 16, he came to Chicago, where he attended Lake View High School and worked at a silent movie house.

His first performances were in vaudeville, at which point he legally changed his last name to the easier-to-pronounce "Bergen". He also worked in one-reel movie shorts, but his real success was on the radio. He and Charlie were seen at a New York party by Elsa Maxwell for Noël Coward, who recommended them for an engagement at the famous Rainbow Room. It was there that two producers saw Bergen and Charlie perform. They then recommended them for a guest appearance on Rudy Vallée's program. The appearance was so successful that the next year they were given their own show. Under various sponsors, they were on the air from December 17, 1937 to July 1, 1956. The popularity of a ventriloquist on radio, when one could see neither the dummies nor his skill, surprised and puzzled many critics, then and now. Even knowing that Bergen provided the voice, listeners perceived Charlie as a genuine person, but only through artwork, rather than photos, could the character be seen as truly lifelike. Thus, in 1947, Sam Berman caricatured Bergen and McCarthy for the network's glossy promotional book, NBC Parade of Stars: As Heard Over Your Favorite NBC Station.

For the radio program, Bergen developed other characters, notably the slow-witted Mortimer Snerd and the man-hungry Effie Klinker. The star remained Charlie, who was always presented as a highly precocious child (albeit in top hat, cape, and monocle) – a debonair, girl-crazy, child-about-town. As a child, and a wooden one at that, Charlie could get away with double entendre which were otherwise impossible under broadcast standards of the time.