After leaving school, at the age of 15, he became a printer's apprentice. Three years later he became the owner and publisher of a daily and Sunday paper. After three years of publishing, he sold his plant and business, accepting a position in a bank. During his spare time he studied magic. On Feb. 12th, 1907, he married Miss Minnie M. Riedel, who became his assistant. Their first public magical performance was given on Feb. 17th, 1907.[3] 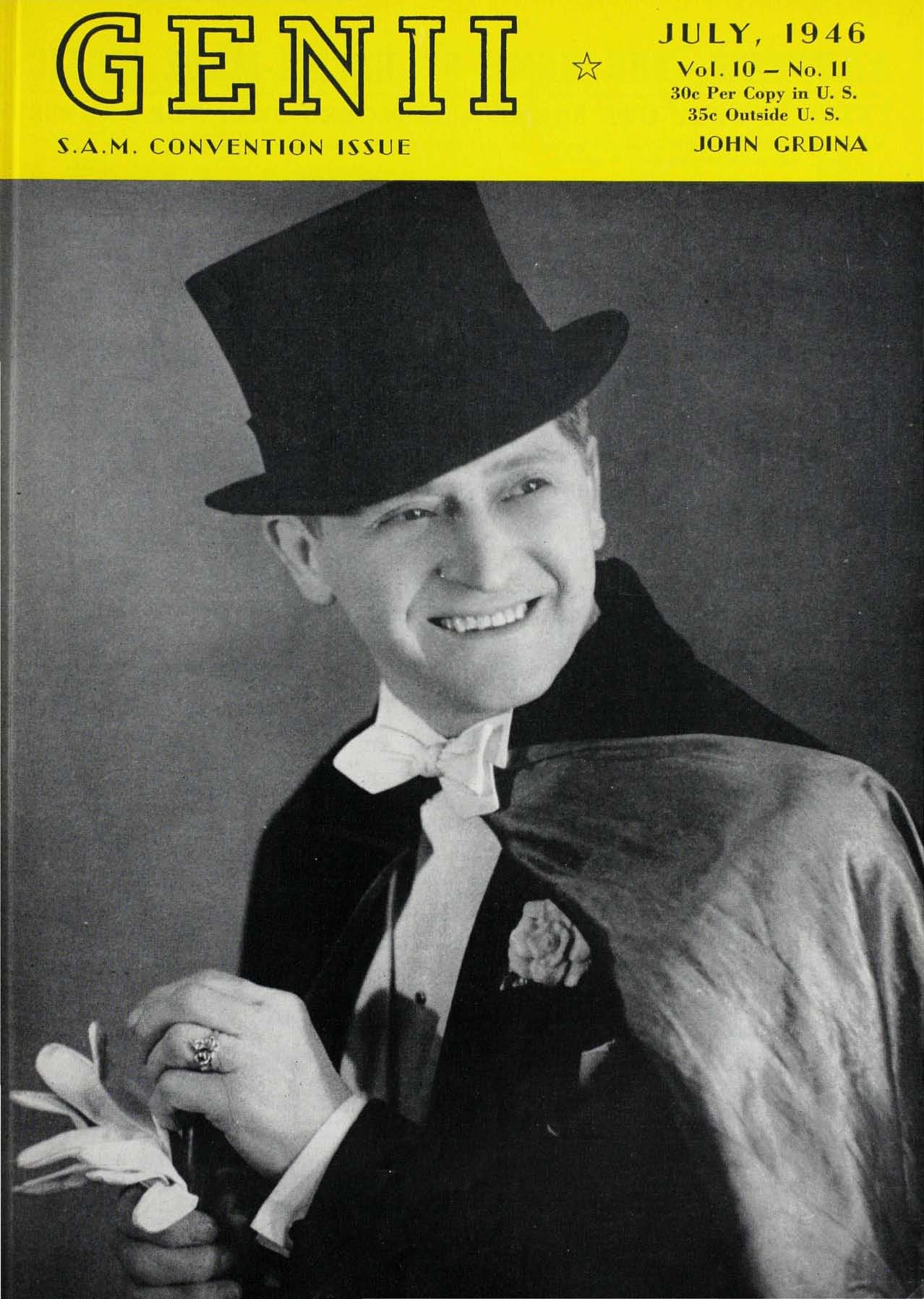 During his forty some years in magic, he has instructed and built acts for more than 25 magicians.[5] Blackstone never performed his Dancing Handkerchief in Cleveland without publicly announcing he was taught the trick by Grdina. [6]

Grdina retired from banking in 1959 at age 74 and started offering free shows for orphans and the aged. He was active until his death.[7]