Harry Willard (December 12, 1895 - June 28, 1970) toured throughout the southwest United States with his tent show. On the road during his prime, he traveled with up to 17 trucks and his circus-like tent which could hold 2,000 people.

He was the son of a magician, Jim Michael Maroney (1853-1936), (changed later to Willard) who emigrated to California. Jim married his mother Lucy Mae Keaffer (of Spain) who performed with him under the stage name became Nellie Davenport. 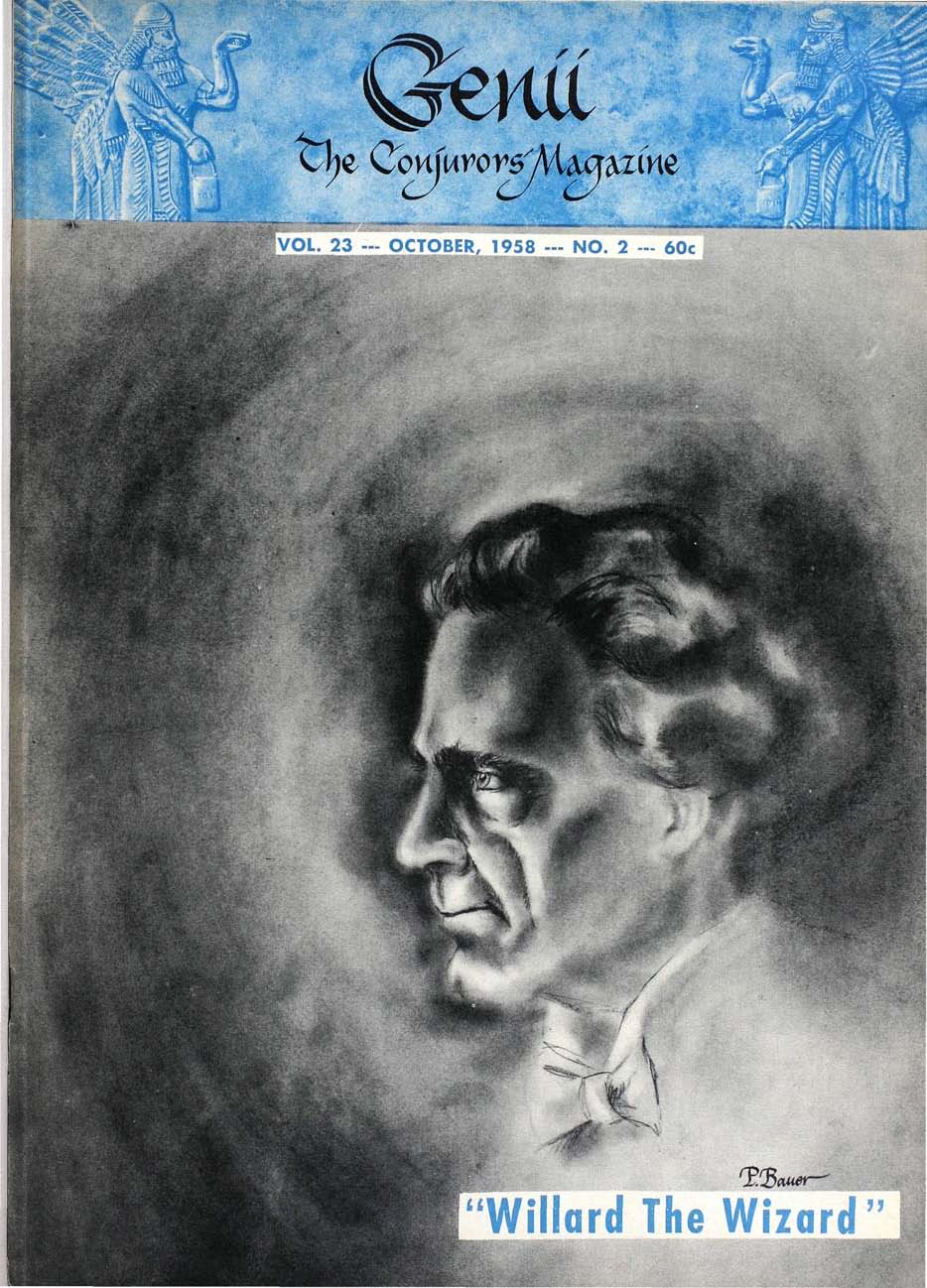 At one time there were three "Willard the Wizard" tent shows including his father Jim and his brother Tommy.

Magicians remember Harry best for his mastery of the Thumb Tie.

IBM Ring No. 174 in Dallas, Texas is known as the Willard the Wizard Ring.