Howard Thurston (July 20, 1869 - April 13, 1936) was a world famous stage magician from Columbus, Ohio. He had the largest traveling Vaudeville magic show for the time, requiring more than eight entire train cars to transport his props and equipment across the country.

Besides being known for the large stage illusions in his Vaudeville show, Thurston was famous for his work with playing cards. He called himself the "King of Cards". One of his most famous effects was the "Rising Card".

In 1908 he took over the Thurston-Kellar Show, following the retirement of Harry Kellar. He toured with Beatrice Foster whom he eventually married, but the marriage only lasted for four years.

His brother Harry Thurston also achieved some prominence as a performer.

On August 23, 1935, Thurston's farewell tour began at the Fox Theatre in Philadelphia. Though he did not perform the card manipulations he had excelled in for so many years, the other tricks and illusions were as swiftly placed and as entertaining as ever.

Thurston died from a stroke in 1936 in Miami Beach, Florida. He is entombed at Green Lawn Abbey, a mausoleum in Columbus, Ohio.

"My object is to mystify and entertain. I wouldn't deceive you for the world." - Howard Thurston. 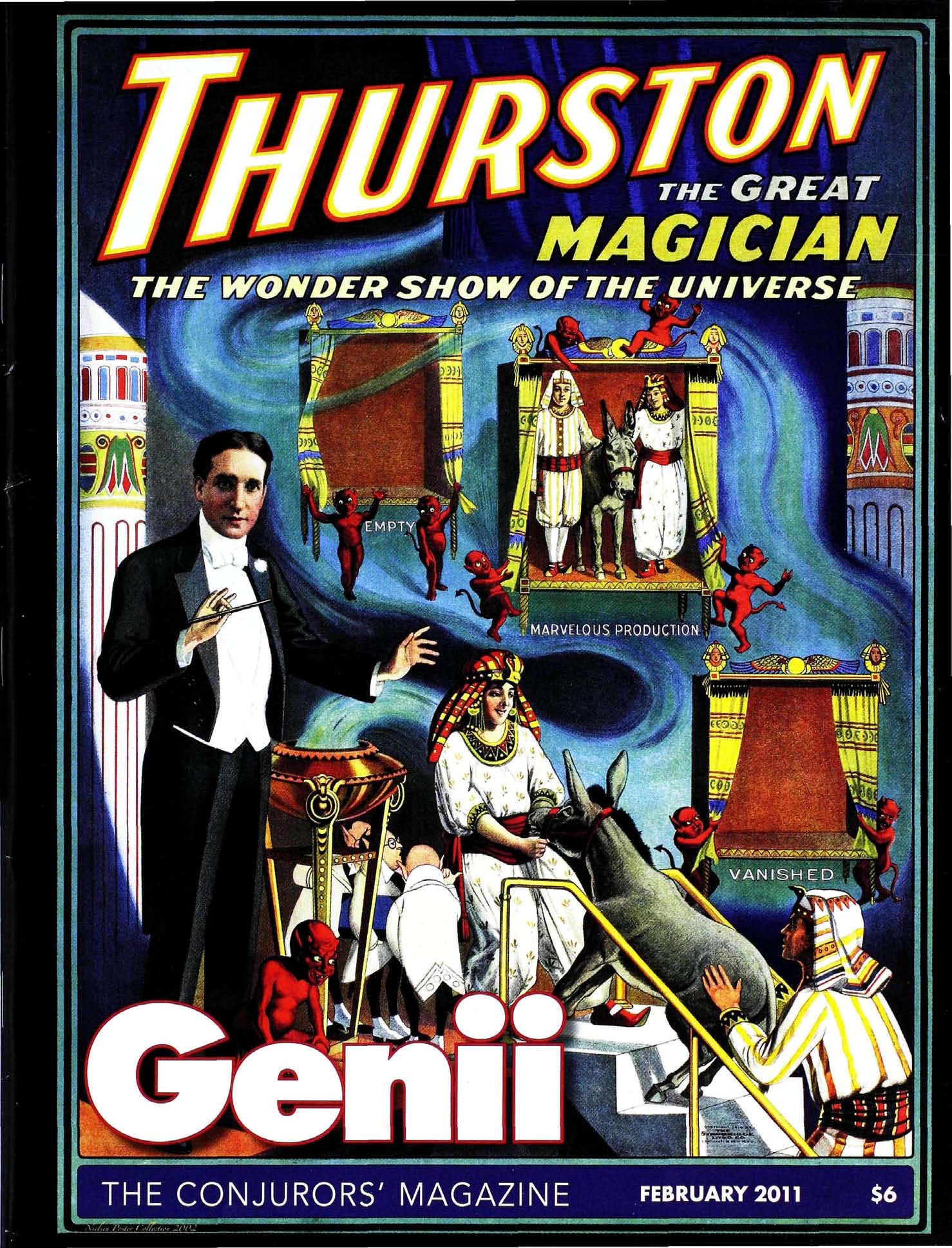