From Magicpedia, the free online encyclopedia for magicians by magicians.
Jump to: navigation, search
Kuma Tubes as known in the United States (because K. T. Kuma was probably the first to perform it outside of Asia) is a trick that is several hundred years old, of Chinese origin. Two large tubes are show empty and then items are produced, sometimes climaxing with a jar of water that is shown to be larger the the tubes. 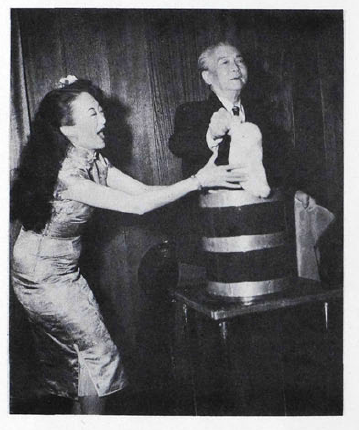 Probably invented in the 1300s by Chinese magicians. There are references to them being called "Magic Tubes". A smaller version was also called the Organ Pipes.

The Kuma Tubes (but not under that name) are described in Okito's book, Quality Magic, published by Will Goldston in 1921.

Other notable magicians that performed the Kuma Tubes: