Difference between revisions of "Lance Burton"

Lance Burton (b.1960) is a American stage magician who performed nightly in his own show at the Monte Carlo Resort and Casino in Las Vegas, Nevada until he retired in 2010. He has appeared on numerous television programs, and also performed for Queen Elizabeth and President Ronald Reagan. He has also appeared on the 2006 Labor Day Weekend Jerry Lewis MDA Telethon.

Raised in Louisville, Kentucky, He first became interested in magic at the age of 5, when he was one of the volunteers at a magic show of Magician Harry Collins during a Christmas party at the factory where his mother worked. The trick was The Miser's Dream, where Collins "pulled silver dollars out of the sky" and Burton's ears. The young Burton was fascinated, and a neighbor, hearing of his interest, gave him a book, Magic Made Easy, which her own (then-grown) children had used. It contained ten tricks, all of which young Burton quickly learned. His first performances were for neighborhood children, charging them a nickel each. 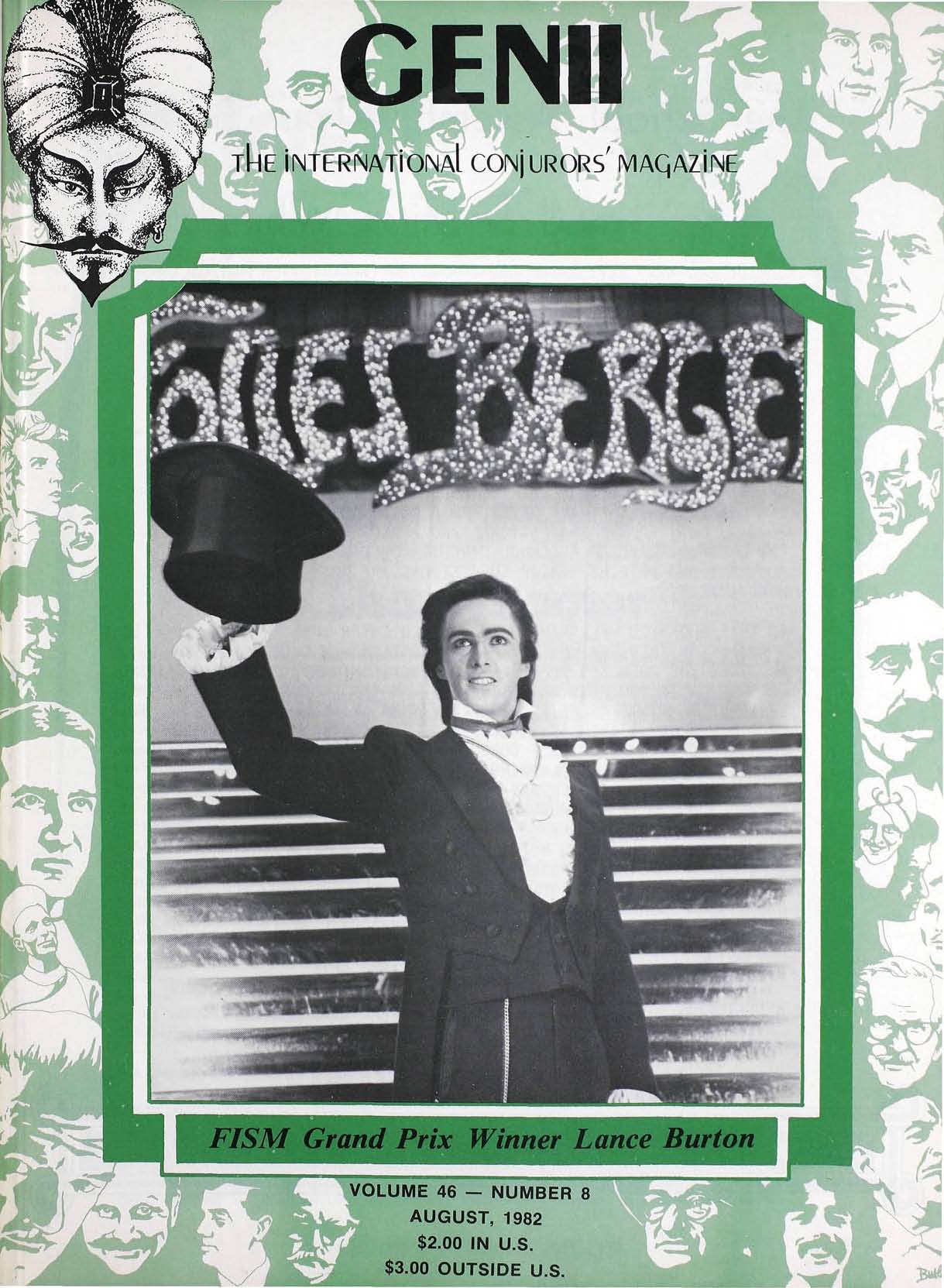 Collins, a full-time magician, noticed the interest, and became his mentor when Burton was in his teens, teaching him the fundamentals of the trade. In 1977, as a teenager, Burton entered his first magic competition and won first prize. In 1980, shortly after his 20th birthday, he was awarded a "Gold Medal of Excellence" from the International Brotherhood of Magicians. After that, he moved to Southern California, where within a week he appeared on The Tonight Show. Host Johnny Carson watched him in rehearsal, and allowed him to do an unprecedented 12-minute routine. Through the course of Burton's career he was invited back for a total of ten performances while Johnny Carson was host, and another ten performances during Jay Leno's tenure. Burton has also appeared on The Late Late Show with Craig Ferguson.

He performed an initial eight week trial at the Folies Bergere show in Las Vegas, and this was then extended for a record-breaking nine years. In 1982, he competed at the international Fédération Internationale des Sociétés Magiques (FISM) competition in Lausanne, Switzerland, and won the "Grande Prix" prize, (the main event of the FISM competition) the youngest person to ever win the main event, and the first American to do so.

In 1986 he appeared in Nickelodeon's Halloween Special Mystery Magical Special.

In 1991, he produced, directed, and wrote his own show, which opened at the Hacienda Hotel and ran for five years.

He had a brief marriage to female magician Melinda Saxe in August 1993, but they divorced shortly after.

In August 1994, Burton signed a 13-year contract (the longest contract given to any entertainer in Las Vegas history) with the Monte Carlo Resort in Las Vegas. The 1,274-seat "Lance Burton Theater" was built to Burton's specifications for his show, cost $27 million US, and opened on June 21, 1996. Entertainment Today magazine lists it as the #1 family magic act, and according to USA Weekend, during the 13-year run Burton is expected to earn more than $110 million USD.

At Buffalo Bill's Hotel & Casino in Primm, Nevada, Lance Burton escaped the path of a speeding roller coaster while on the tracks of "The Desperado". The Desperado is one of the tallest and fastest roller coasters in the United States - taking one minute to climb, and 3.5 seconds to descend to where he was on the tracks. He avoided the coaster by a mere tenth of a second, the trick having apparently gone wrong. After the narrow escape, he looked at the camera and said "That was stupid... That was really stupid."

Lance Burton celebrated his tenth anniversary at the Monte Carlo by introducing his newest illusion entitled "Solid Gold Lady" in which he utilizes $10 million in gold.

On July 1, 2009, Lance Burton re-signed an extended 6 year contract with the Monte Carlo Resort and Casino (where he had performed since 1994) which would continue until 2015. The contract ended 5 years earlier than planned, and the final show was performed on September 4, 2010.

Burton appeared on an episode of the History channel series American Restoration, televised November 1, 2010, in which the Rick's Restoration crew repair a lightpole at Burton's residence that was destroyed in a windstorm.

This biographical material is about a living person.
Such material requires a high degree of sensitivity,
and must adhere strictly to all applicable laws in the United States.
See MagicPedia:Biographies_of_living_persons for more information.
Retrieved from "https://geniimagazine.com/wiki/index.php?title=Lance_Burton&oldid=85770"
Categories: