From Magicpedia, the free online encyclopedia for magicians by magicians.
(Redirected from Le Grand David and His Spectacular Magic Company)
Jump to: navigation, search
Le Grand David and His Spectacular Magic Company was the longest consecutively running stage magic show in the world, it ran for 35 years. The show was the brainchild of Cesareo Pelaez, a Professor of Psychology at Salem University and a life time lover of magic. Pelaez, along with a group of friends, many who were past students, came together to purchase The Cabot St. Cinema Theatre in Beverly MA. in 1976. On Feb 20th, 1977, the first 'LeGrand David' Show debuted at the Cabot. Two hours of live stage magic with a cast that varied over the years to as many as 50+ performers and backstage people. The family-oriented stage magic show ran on most Sundays at the Cabot Street Cinema Theatre from late September to early June from 1977-2012. In the 1980s the company got together to purchase a second theatre in town called the Larcom Theatre and soon began presenting a totally different show of grand illusion and wonder. 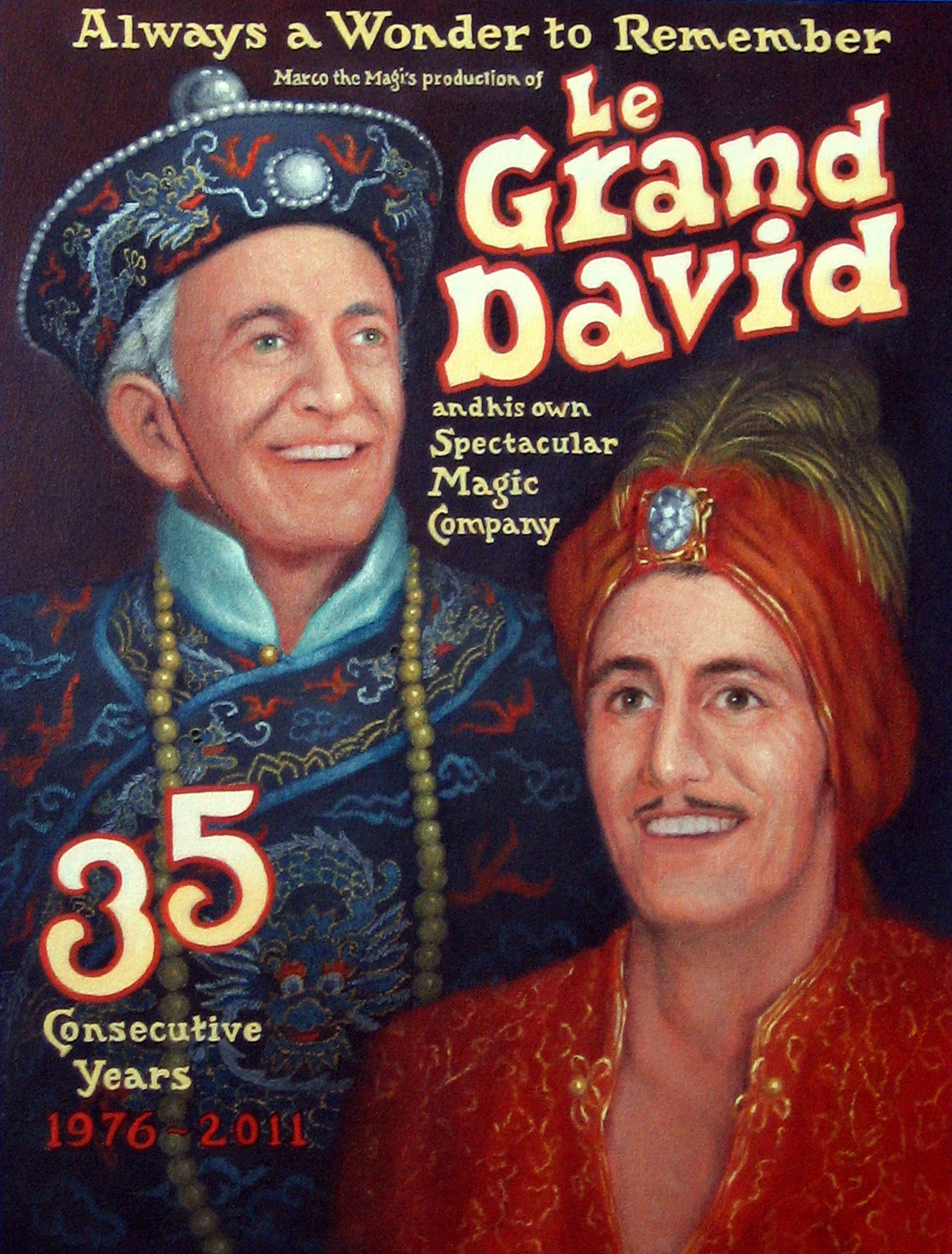