From Magicpedia, the free online encyclopedia for magicians by magicians.
Jump to: navigation, search
Levitation of Princess Karnac was a floating lady illusion presented by Harry Kellar to American audiences in 1904. 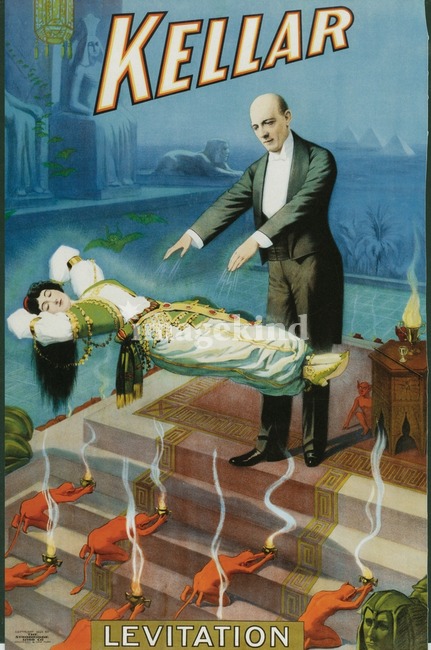 A girl that floats upwards from a couch, on a brightly lit stage, has a hoop passed around her body to prove that no wires are used.

It was first perfected by John Nevil Maskelyne for his Egyptian Hall in England in 1900.

Kellar tried to buy the illusion for his shows just after Maskelyne premiered it, but he wouldn't sell. So Kellar hired Paul Valadon away from Maskelyne to learn the secret and produced his own version.[1]