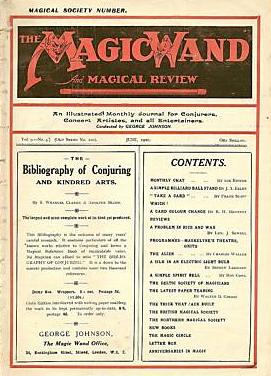 No. 1 Conjuring For Connoisseurs

No. 3 A Few Jardine Ellis Secrets