Mahatma was a Magic Periodical started by George H. Little. It was was the only paper at the time in the United States devoted to the interests of magicians.

It was printed in the rear of Martinka's magic shop in New York City.

After publishing the first eight issues of volume one monthly, there was a lapse of twenty-eight months. March, 1898, the ninth issue of volume one was published.

During this time three issues were published with a change in the name. They were numbered as if they belonged in the same volume of "Mahatma." Two of these issues were called "The Vaudeville" and the other was called "Artist Era." "Vaudeville" was intended as a weekly and the first two came out during the month of November, 1895. An official Society of American Magicians column began in July, 1902 and starting with the September, 1902 issue, it became its official organ.

In March 1900, Walter G. Peterkin became editor and publisher for just over a year when it changed hands again in July, 1901 to Frank Ducrot (T. Francis Fritz).[1][2] Starting in 1902, the S.A.M. meeting notes were recorded.

Among the advertisements are some of Houdini's earliest ads, many with rarely seen pictures. Houdini also wrote as a European correspondent under the name "N. Osey". [3] Another regular contributor was Martin Chapender. Mahatma published some of Dr. Elliott's material, including his handling of the second deal and the pass.

The German magic magazine, Die Zauberwelt, was also published during this time. 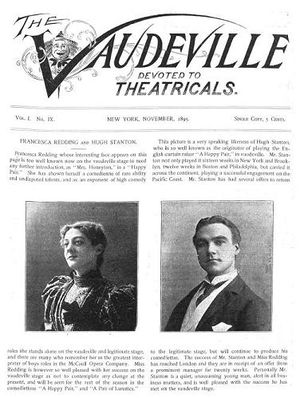 As "The Vaudeville" (for 2 issues) 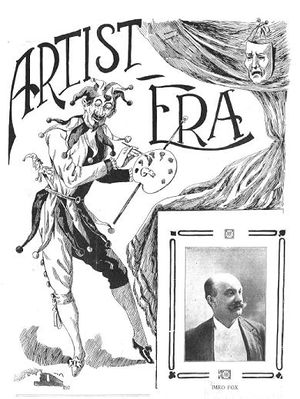 Special inserts were periodically placed within the magazine: