From Magicpedia, the free online encyclopedia for magicians by magicians.
(Redirected from Mystic 13)
Jump to: navigation, search
Mystic Thirteen, League of Magicians was organized as a local club on Friday, May 13th, 1932 with 13 magicians present. The society grew to an International Organization with hundreds of members. 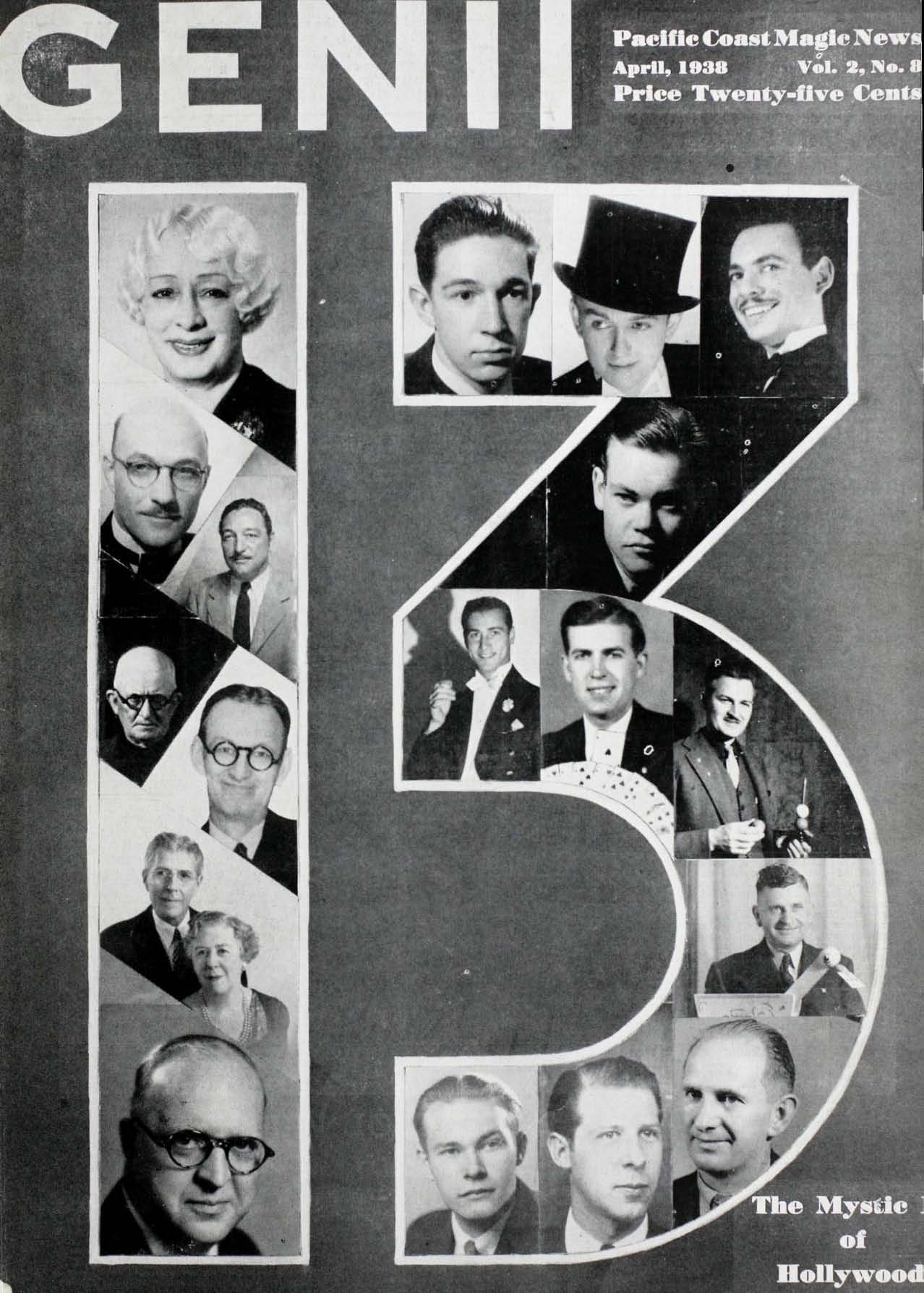 The Mvstic Thirteen was organized in 1932 in a novelty and magic store owned by Ed Schutz with charter members were Robert Gunther and Carl Stenquist. Membership in the society was limited to thirteen active members and thirteen honorary members. Before a prospect was admitted, they were required to present a full magic act, as proof of their ability as a magician.

Dues were thirteen cents a month; officers were elected for a term of six months, or thirteen meetings; a full evening public show was given by the members every thirteenth month; a ladies' night was held every thirteenth meeting; the first age limit of the club was that no one under thirteen would be admitted.

In 1935 they published a book of thirteen tricks called Sophisticated Sorcery.[1]