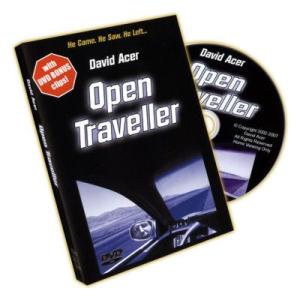 In the Fall of 2002, David Acer embarked on a multi-city tour, beginning in Edmonton, Alberta, where he and magician/comedian Rick Bronson were asked to consult for and perform at the Edmonton Oilers Home Opener vs. The Philadelphia Flyers. This 2007 DVD (originally released on video in 2003) begins three days before the game and takes you on the road with David Acer as he creates, performs and teaches original, off-the-wall tricks using cards, coins, candies, balls, a clothes drier, matchbooks and bottles. Contents include:

And much more. Plus interludes, incidents, outtakes, cameos, and clips from various TV shows along the way, including a bonus morning talk-show appearance available only on the DVD.