Sorcar was an internationally active magician throughout the 1950s and 1960s, performing his Indrajal show before live audiences and on television. He died of a heart attack at the age of 58 in Ashaikawa, Hokkaidō, Japan, on January 6, 1971, where he was performing.

The original family name was "Sarcar", but was changed to Sorcar to more closely match the word "Sorcery."[1]

He is the father of animator, director, and laserist Manick Sorcar and magicians P.C. Sorcar, Jr. and P.C. Sorcar, Young. 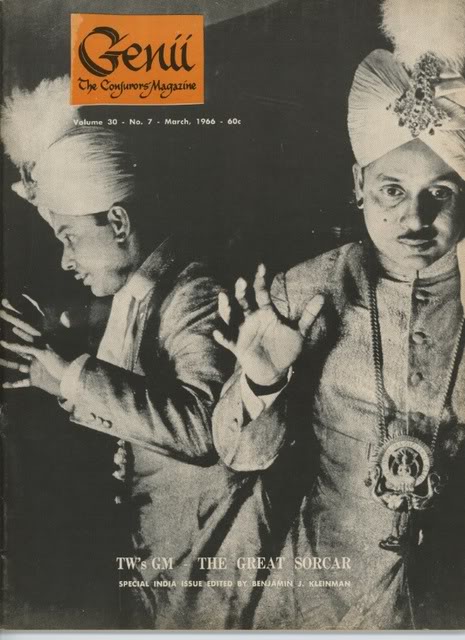 Sorcar was born in Ashekpur, Tangail District in Bengal (now in Bangladesh). He studied in Shibnath High School. His initial magic lessons were from the magician Ganapati Chakraborty. He became famous starting from the mid 1930s, when he performed shows in Kolkata and also in Japan and several other countries.

He died of a sudden heart attack while performing his IND-DRA-JAL show in Hokkaido, Japan. His son fulfilled the rest of his contract.[2][3]