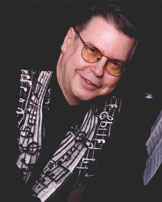 Phil Matlin is the owner of one of Canada's oldest and most respected magic shops, Perfect Magic, which began as a mail-order company in the basement of his Montreal home in 1976, then, in 1979, moved to the building on Van Horne Avenue where it still resides. In 1980, he co-founded (with William Vermeys, a.k.a. Mephisto) what would eventually become an enormously successful regional convention, Magie Montréal, and began releasing some of his own creations, including "Bewildered," "Future Foretold," and "Silver Sanctums." In the ensuing years, Perfect Magic also produced and marketed tricks by, among others, David Acer ("Quartermain," "Spare Change"), Michael Ammar ("Visually Yours"), Buddy Ankner ("Ankner's Aces"), and Bill Zavis ("Soft Center"), and in the mid 1980s, Videonics recorded Phil Matlin's lecture, Perfect Magic, as part of their groundbreaking line of videos, which are now the property of L&L Publishing.

More recently, Matlin has been indulging his interest in ragtime music, playing piano live for the legendary manipulator Romaine in a touring show called "Back in Time" (Matlin also played piano for Cardini when he appeared at the Bellevue Casino Nite Club in Montreal), and releasing two CDs—Ragtime Magic and Ragtime Daze—both available through www.perfectmagic.com.