He received his Bachelor of Science degree from the Texas A. and M. College and later served as banker and as an executive for several oil and gas companies.[2]

He first became exposed to magic in 1910 when Willard the Wizard crossed through Cross Plains where he was growing up.

Clark moved from Kansas City to Rockford, Illinois, and helped formed a local magic club, which later bore his name during its active days.

In 1939, he joined the Society of American Magicians, Chicago Assembly No. 3. When he moved back to Texas and settled in Fort Worth, he transferred his membership to the Dallas Assembly.

In 1940, he joined the I.B.M. and later became the I.B.M. convention Chairman in 1942, overseeing the convention in Fort Worth. He then served as International President in (1947-48) where he worked hard to make a true international organization by visiting many countries. 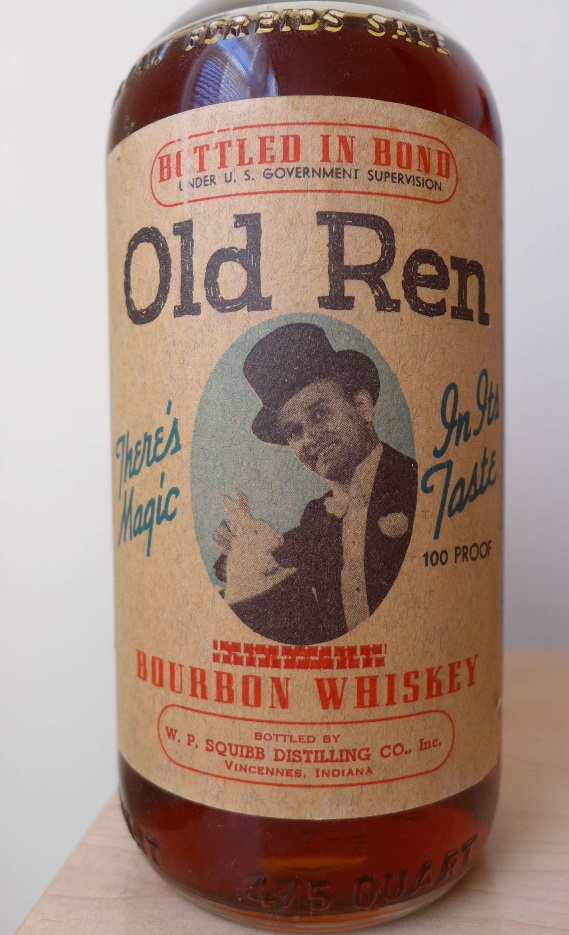 Old Ren Bourbon
In 1944 he contracted out a run of bottled bourbon called "Old Ren" as a promotion of his magic shows. His picture appears on the bottle with a motto: "There's Magic In Its Taste". After his death a quantity of it was found in the basement of his home.[3]

With friends in Austin, Ed Deweese and Doc Mahendra, he helped form the Texas Association of Magicians in 1946.

Clark would entertain friends, perform for his fellow magicians, donate his services to church groups, boys clubs, civic and fraternal organizations, and during the war years to the entertaining of hospital patients and to military personnel. Ren developed an Oriental act due to the influence of his friend Herbert J. Collings (Col Ling Soo) of London.

Ren Clark performed magic as entertainment at his Polynesian Village restaurant at the Western Hills Hotel in Fort Worth, Texas. It was decorated with bamboo, tapacloth, floats, lights, thatch and peacock chairs. As a souvenir, patrons could purchase a grotesque mug that was in the shape of a severed head. It is not known what years the Polynesian Village was open, but the hotel opened in 1951 and burned down in 1969.[4][5]

At the age of eighty one, Clark was still attending local club meetings, and the occasional national conventions .

The IBM Ring No 15 in Fort Worth, Texas is called the Ren Clark Ring in his honor. He was a member of the I.B.M. Order of Merlin, Excalibur (50 years) and the recipient of the highest award that can be bestowed by the Board of Trustees of the I.B.M., the Medallion of Honor.