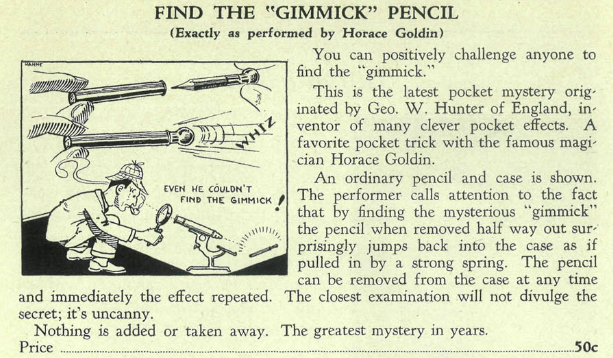 Invented G. W. Hunter in the 1910s and brought to the United States by Horace Goldin in 1920. With permission, Joe Berg became the first to mass market it in 1929 under the name Find the "Gimmick" Pencil. Originally designed as a wooden pencil with a bullet-shaped end that fit into a tube, it was later substituted with a hook for the pencil and added the rubber band to a red tube's bottom by S.S. Adams to become a standard joke-shop novelty item.[1] 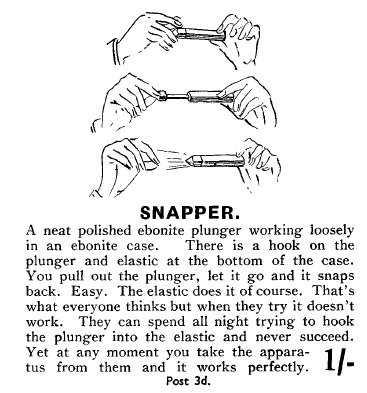