From Magicpedia, the free online encyclopedia for magicians by magicians.
(Redirected from Tarbell's Course In Magic)
Jump to: navigation, search

The Tarbell Course in Magic was written by Harlan Tarbell. Originally a mail-order course in magic, now collected in several volumes of books. 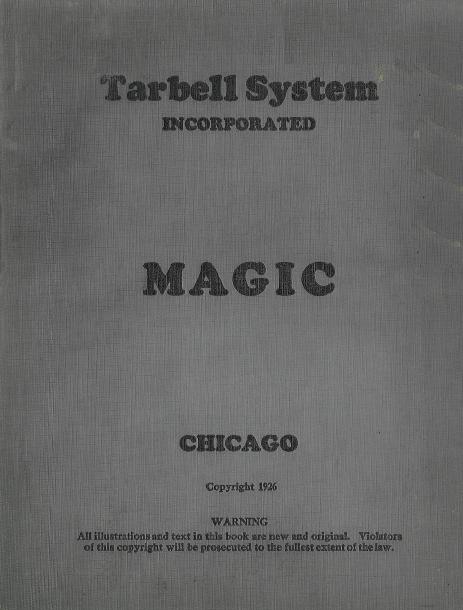 The History of the Course

Publishers T. Grant Cooke and Walter A. Jordan developed an interest in producing a correspondence course in magic in the mid-1920s. Cook and Jordan hired Tarbell and Walter Baker, another Chicago-area magician, to work on the project, but Baker dropped out of the project in its early stages to concentrate on his performances. A few months before his death, Harry Houdini was approached to author the course, but Houdini declined but recommended Tarbell. The publishers agreed, allotting Tarbell $50,000 for the course. Tarbell finished the course in 1928, producing 60 correspondence lessons with at least 3,100 illustrations.

Tarbell later discussed the philosophy behind his course: "There is a big difference between a magician and a man who does tricks...Fundamentally, the making of a magician is no different than the making of other professional people. One must be trained in the mechanics, the alternate methods and be skilled in the presentation in order to meet any conditions which may arise." Unlike other magic courses which placed a greater emphasis on self-working illusions, Tarbell began with fundamental drills and practice sessions involving body position, movement, and sleight-of-hand techniques which were to be incorporated into actual tricks in future lessons.

After selling 10,000 complete courses, Cooke and Jordan discontinued marketing the Tarbell Course in Magic in 1931, blaming the Great Depression for slumping sales. In 1941, however, magician Louis Tannen purchased the rights to the course, working with Tarbell and Ralph W. Read (of Read and Covert) to convert the correspondence lessons into book form.

This book was rated one of the "Ten basic books for a working library of conjuring" by H. Adrian Smith.

The Structure of the Course

The entire collection comprises more than one-hundred lessons in every aspect of magic including micromagic/close-up magic, escapology, mentalism and stage Illusions. It is the most comprehensive literary work in magic history. The original five volumes contained sixty correspondence lessons with more than 3,000 illustrations.

Volume 8 of the series was published as a "graduate lesson" in magic.

The original lessons are not identical to the later published books (volumes 1-8) of which only 1 through 5 were actually written by Tarbell himself. Most of the original lessons can be found under different lesson numbers and sometimes different headings in the books. The post graduate lesson was reprinted in book volume 8. There are some parts from the original 60 lessons that were dropped. 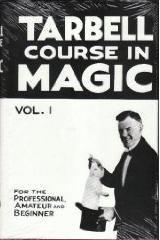 Originally slated to be Volume 9, it is a collectors book on Dr. Harlan E. Tarbell, which includes the original lessons which did not make it into the previous Volumes, along with articles and writings of and about Tarbell.