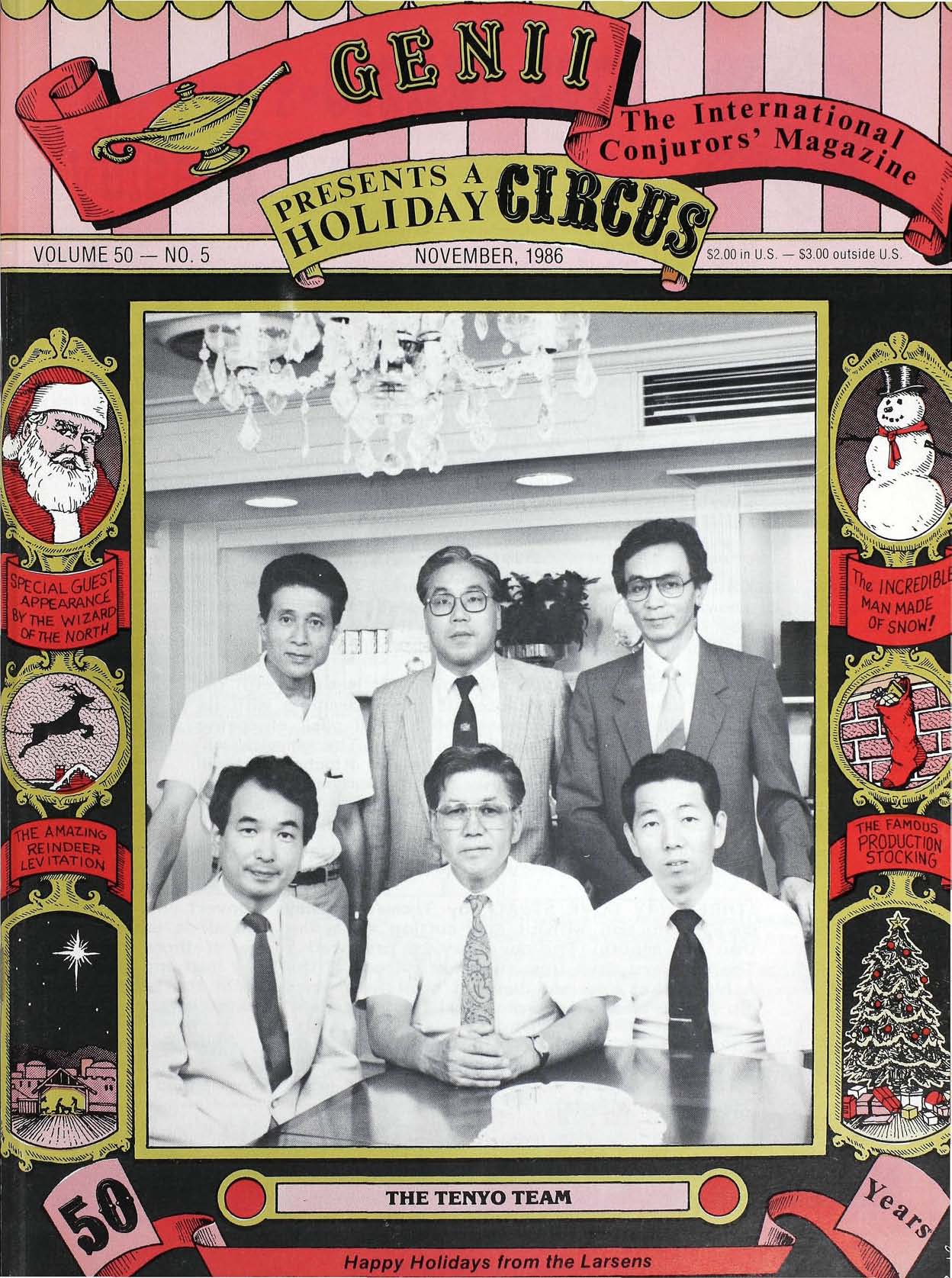 The name of the company originates from the founder's father, Shokyokusai Tenyo, who was a magician.[1]

Genii magazine usually does an article about their new products each year. The 2008 products were in the Genii 2007 December issue.

Richard Kaufman published a book about the Tenyo company in 2014 called TENYO-ISM.

A sortable list of many Tenyo products. For a more complete list see the Stereo's Tenyo Fan Site.