From Magicpedia, the free online encyclopedia for magicians by magicians.
(Redirected from The Ireland Magic Co.)
Jump to: navigation, search
L.L. Ireland Magic Co. was opened by Laurie Ireland, in 1926, in Chicago. 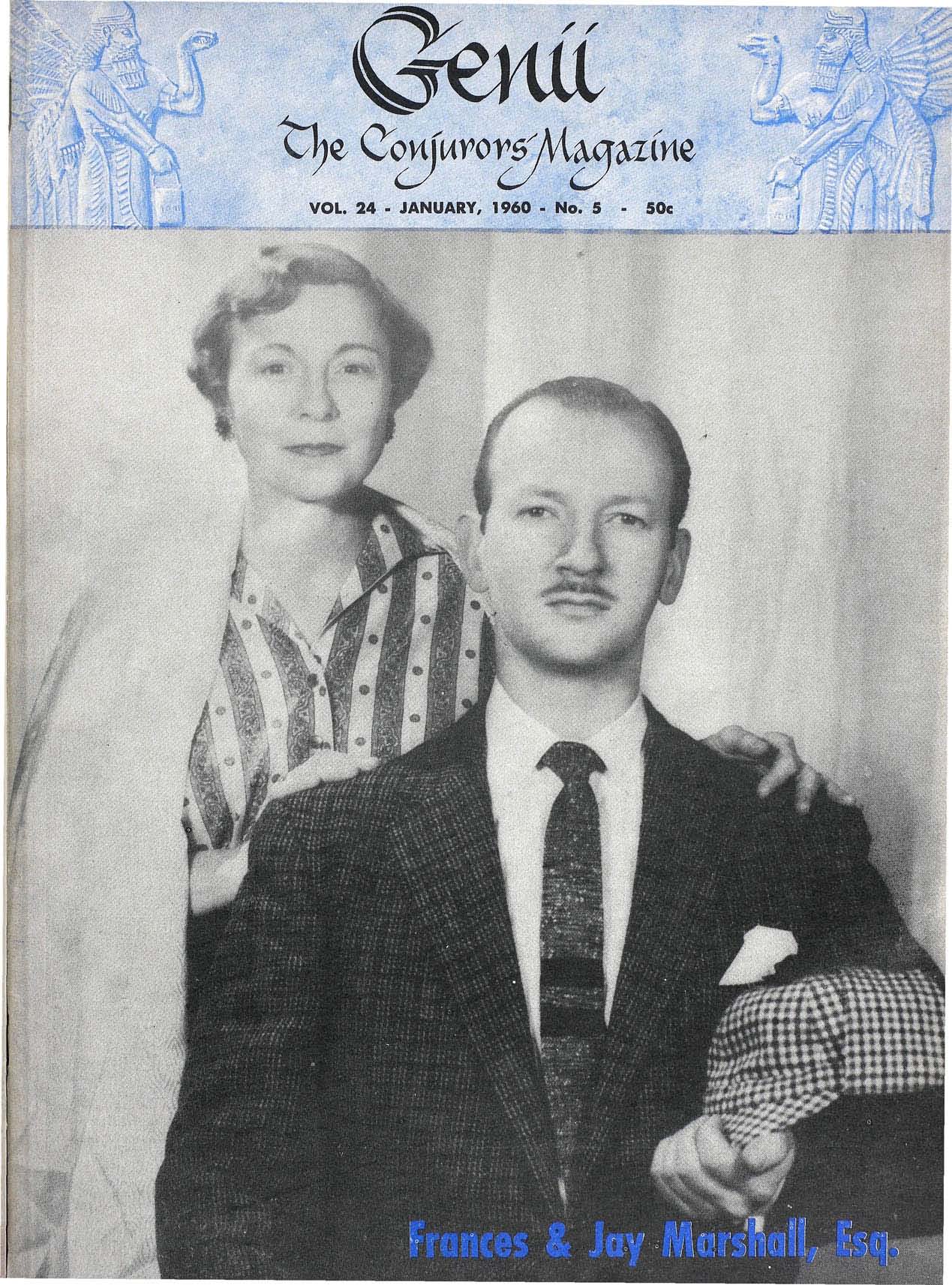 Frances Ireland & Jay Marshall
on the cover of GENII, Jan. 1960

After Laurie's death in 1954, it was operated by his widow Frances Ireland, and by Jay Marshall, whom she later married.[1] Their catalog was very popular, and became a favorite of magic enthusiasts.

The shop moved to its current location at 5082 North Lincoln Ave. in 1963, and was renamed Magic, Inc.

After Marshall died in 2005, his son Sandy Marshall took over management of the business.[2] It was still operating and open for business in 2015.[3]