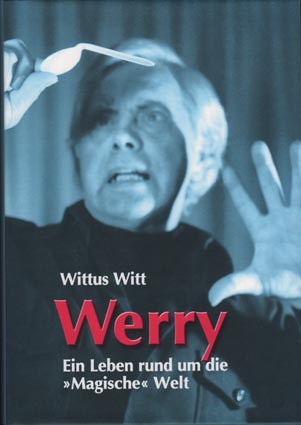 In the 1950s, after World War II, he joined with Thedore Wolf in a magic store venture and began producing tricks. Many of his creations have been copied around the world. In 1952 he started and edited German magic magazine Die "Magische Welt" (Magic World).

He opened his own Magic Center studio, in 1974, where he would have magic shows and seminars. He was also a skeptic who always fought against charlatanism in magic. On television, he would demonstrate Uri Geller's feats and other unexplained effects for the audience.

Werry was an inventor & manufacturer of over 100 tricks, including Vanishing Coke Bottle, Brainwave Coin Box, and Magic with Poker Chips. Many of his effects were included in Ian Adair's Encyclopedia of Dove Magic.[1][2]

Received the Golem statue (Prague Magicians) in 1973 for best European magic journal. Awarded the Hofzinser Ring by Punx in 1985, being its 4th recipient.[3]