From Magicpedia, the free online encyclopedia for magicians by magicians.
Jump to: navigation, search
Werry's Matchbox Illusion is a pocket trick in which a coin is vanished after placing in on a table inside a triangle composed of three wooden matches then briefly covered by a playing card and the matchbox. 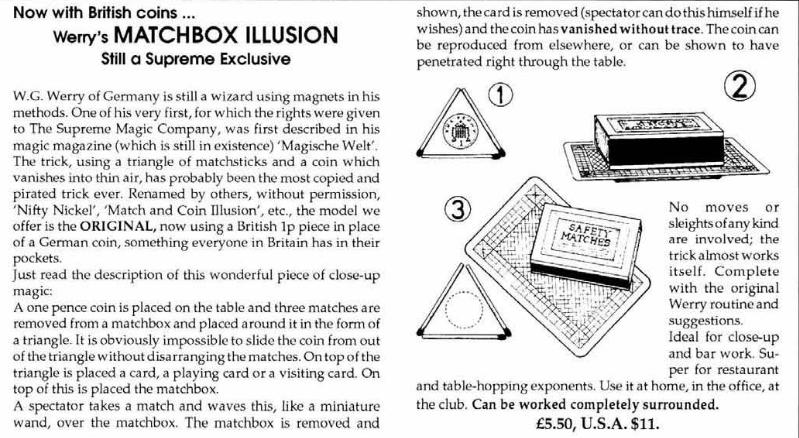 Rights were granted to Supreme Magic to sell and was pirated under many different names including Nifty Nickel, Ghostly Farthing, Well I Never (by Tannen), Astro Coin, and the Bermuda Triangle.[1] [2] 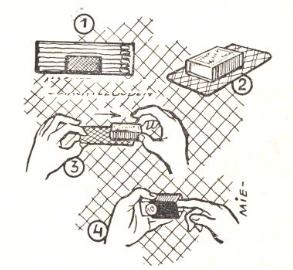