From Magicpedia, the free online encyclopedia for magicians by magicians.
Jump to: navigation, search
Milo & Roger was the comedy and magic act of Arthur "Milo" Brandon (1916-1998) and Roger Coker (1930-1997). They traveled the world from the mid 1950s until well into the 1990s. 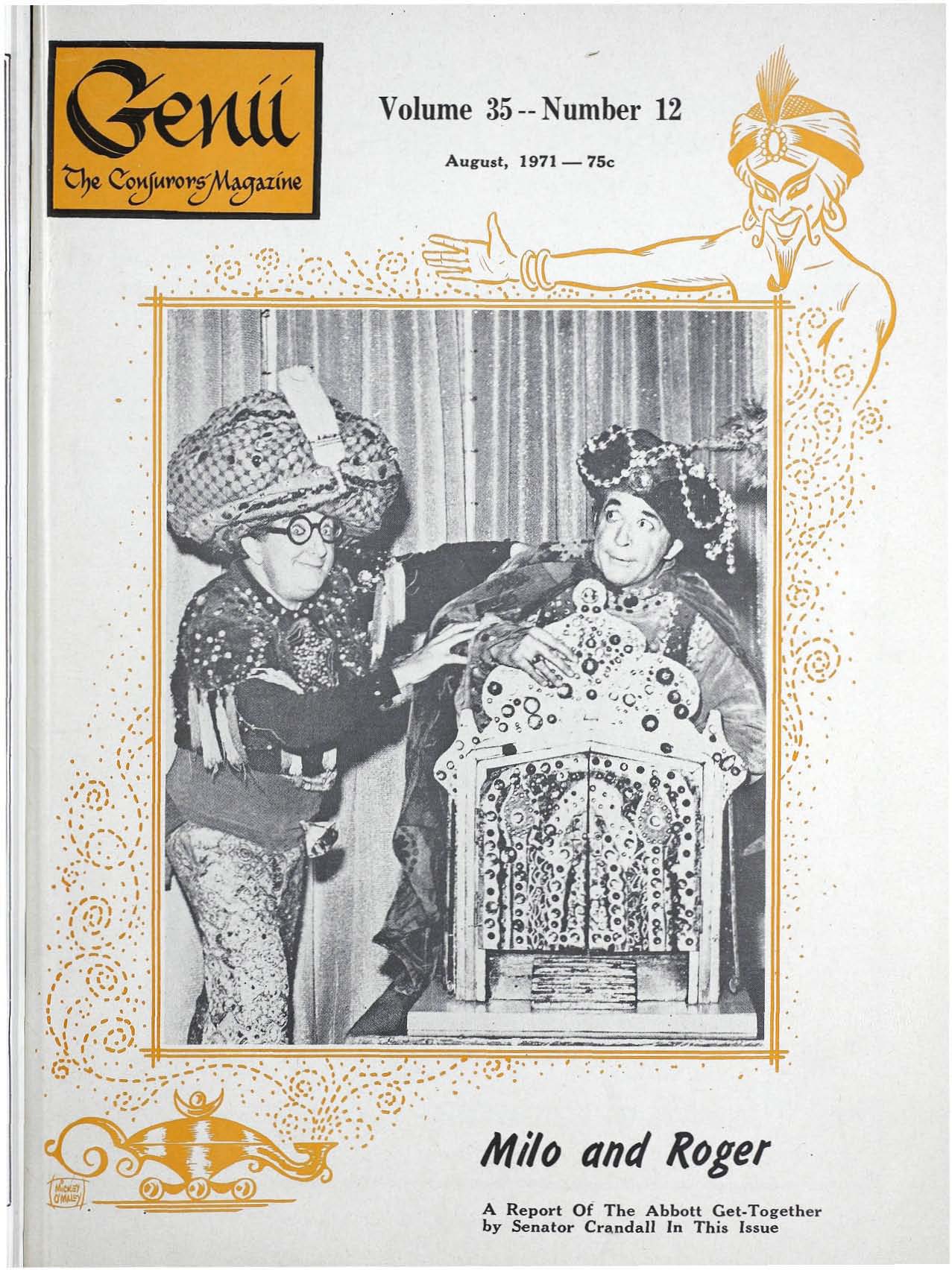 They appeared on television many times around the world including "The Tonight Show with Johnny Carson" and "The Hollywood Palace".[1][2][3]

After retiring, Milo Brandon gave Ted Lesley all of their equipment and the rights to perform the act.[4] Then a father and son team from Germany, Adi and Phillip Becker, purchased the equipment and rights with a goal to resurrect the act.[5][6]