He was renowned for his magical apparatus and inventions. Hughes made wooden props for Will Goldston and Davenports Magic Shop.

Hughes was co-founder and owner, with Harry Stanley and Arthur Dowler, of the Unique Magic Studio in the 1940s. He later owned the "Maker of Magic" and "House of Hughes" in London.

He published the "Jack Hughes' News-Letter" starting in 1949, which later became "Hughes' News".[1] 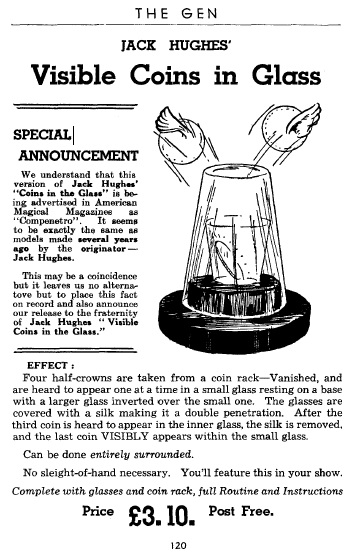